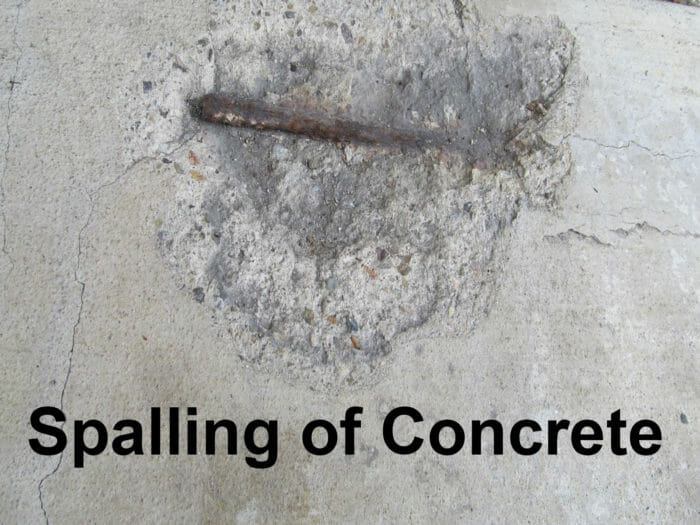 It is not unusual for chunks of concrete to fall off or spall, exposing rebar; the seriousness depends on the location and other factors.

Basically, spalling is the breaking or flaking off of chunks of concrete; pieces breaking off also happens with masonry block and brick.

When concrete or masonry block spalls, it provides much greater access of water and air to the rebar; this leads rebar rusting and has an increasingly negative effect on the structural strength of the concrete and rebar. 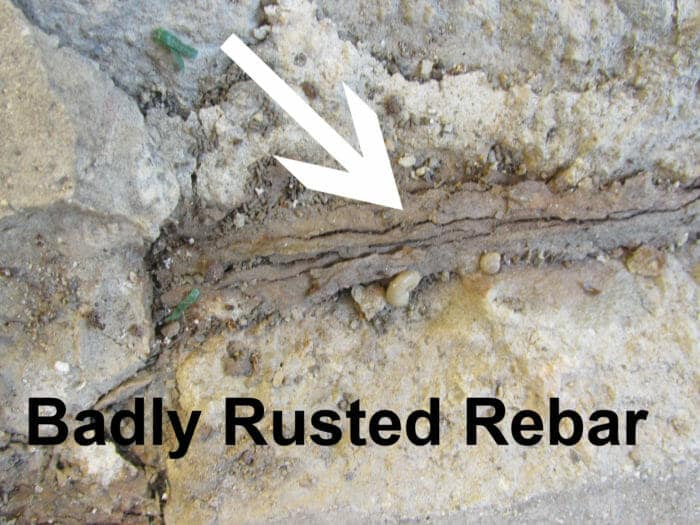 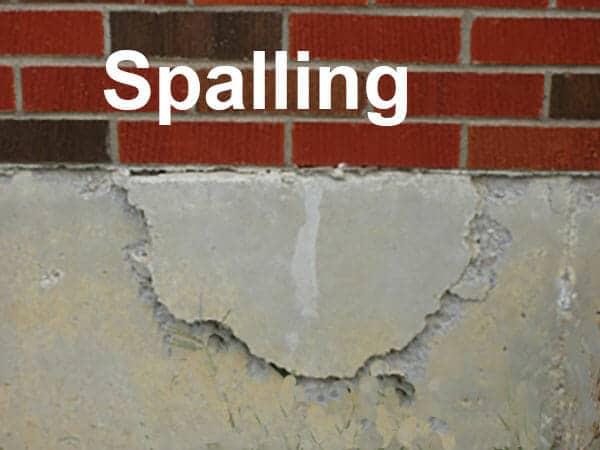 Foundation walls that are experiencing spalling should be repaired and monitored. Repairing them will help protect the rebar from moisture and oxidation which may cause additional damage over time.

Checking the foundation for other damage is wise. The check should include checking for rust stains, evidence of foundation movement and geotechnical forces, such as slope creep.

(Photo shows a foundation wall that has an area that is spalling off. Eventually the loose pieces of concrete will fall off the foundation or wall and will usually expose the rebar.) 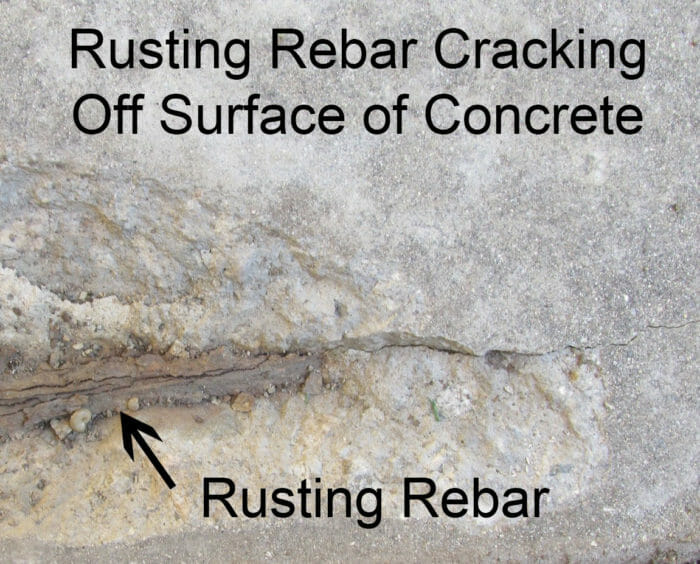 Spalling on basement walls can be serious and should be attend too, for it may be an indication of several serious problems, especially if there are moisture and rusting issues.

There may be high water table issues, drainage issues, soil pressure or expansive soil issues or even a leaking water pipe or sewer.

With moisture there may be damage to finished basement components, as well as, mold and mildew issues.

Retaining walls are usually built with steel reinforced concrete or reinforced masonry block. When spalling occurs, they begin to lose their structural strength and if severe enough may fail or collapse. Since moisture and cracking often leads to spalling and other damage, retaining walls should be checked from time to time. Rust stains and efflorescence are two of the warning signs that moisture issues exist.

It is wise to remember that when rebar rust, it also begins to lose tensile strength, which is key in the structural integrity of a retaining wall.

Damage from spalling generally occurs over a period of years, not days or weeks, thus its importance often gets over looked. From a structural standpoint spalling in a residential home is usually not a major concern but it’s more of a maintenance and repair issue. However, for basements and retaining walls, more attention should be given.

Structural Engineers will often view spalling as a yellow flag that there may be structural issues or that rebar is rusting and / or a concrete moisture penetration issue exists.

Spalling of concrete on our nations’ bridges, roadways, parking garages and Highrise concrete buildings is generally considered much more of a concern, than with residential homes, for when concrete chunks breaks off and rebar rust, there is a risk of structural failure and the endangerment of personal life.