Expansive Soils & Damage To Homes, How To Minimize

Home » Structural » Expansive Soils & Damage To Homes, How To Minimize

Expansive soils swell when wet and shrink when they dry. In most years they will cause damage to more homes in the United States than earthquakes, floods hurricanes and tornadoes collectively. Unfortunately homeowner insurance policies do not cover damage from expansive soils.

As strange as it may sound, the first consideration in determining whether a house is structural sound is based on what kind of soils the home is built on and whether they’re any “Geotechnical” problems. 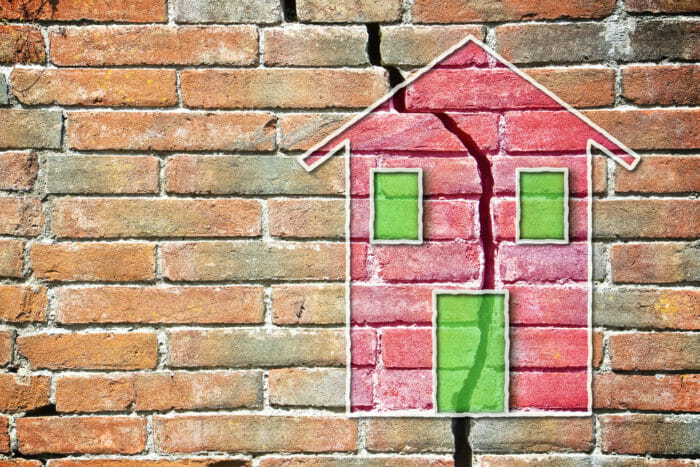 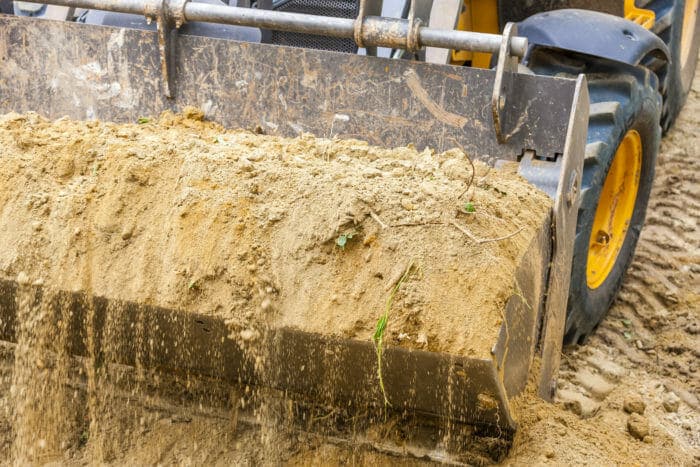 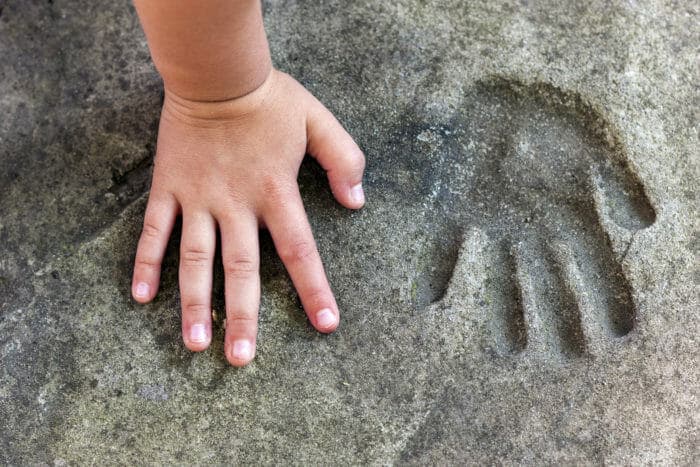 In the US it is estimated that over one-half of all homes are built on soils that that are unstable or have issues and that half of these homes will experience some form of damage or structural issues. Basically 1 out of 4 homes is subject to some level of damage accordingly to the Society of Civil Engineers. Fortunately the majority of these issues can be reduced or avoided by the owner being proactive 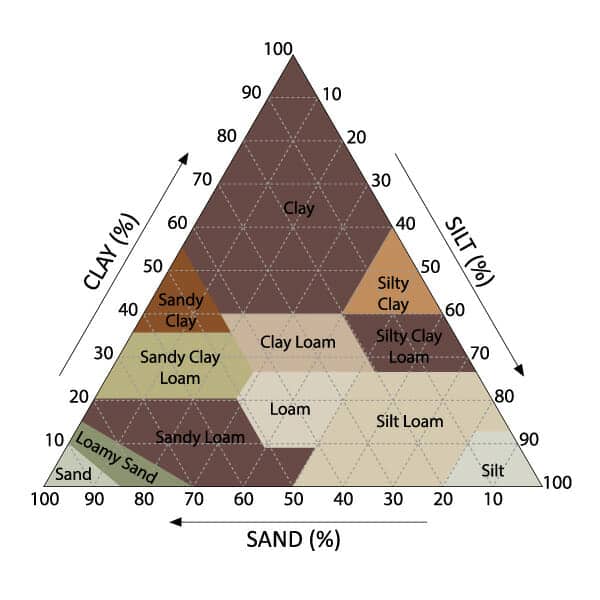 1. What are expansive soils

Expansive soils are soils that are characterized by the presence of swelling clay minerals that can absorb a significant amount of water molecules. It is a soil that is susceptible to to large volume changes of swelling and shrinking that are directly related to changes in the water content.

How to know if expansive soils

There are various sources to help you determine if your area has expansive soils. 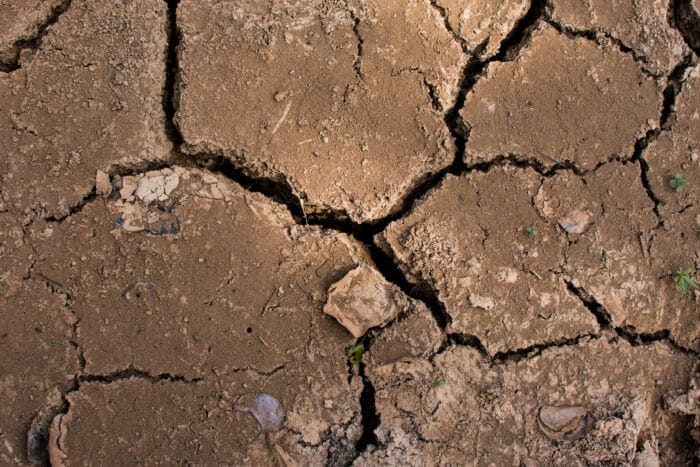 You may or may not see cracks in expansive soils

Varies types of expansive soils expand at different volume ratios. When the soils are wet or during a rainy season, you may not see any cracks and when the soils are dry, such as in hot seasons or hot climate areas you may see cracks.

The cracks will often have a polygonal pattern and may be shallow to deep and in extreme conditions may reach 30 feet deep. The photo is of cracking in soils with a high clay content.

2. Why expansive soils cause damage

If a foundation moves or becomes damaged, then the structure on top of the foundation may suffer damage. The damage may range from a few minor cracks or problems to costly and serious structural issues.

If clayey soils become overly wet and gets a consistency near that of mud, it then looses much of its ability to carry the weight of the foundation and house. Just as when when you walk through a muddy area, your feet sink down into the mud; a house does the same thing if the clayey soil gets too wet. Therefore, having the grading around the home designed so that the rain water runoff dissipates quickly is very important.

Seasons changes often bring about wet and dry periods where the soil may be wet for months and then dry for months resulting in the foundation or slab being lifted up or heaved up for the wet season and then dropping down or shrinking down for months. These seasonal cycles of up and down movement (heaving and shrinking) damages the concrete, a brittle material and not flexible in nature. Now continue this over the years and it is easy to see how damage occurs.

Another thing that happens is that each time the foundation rises up and then drops back down, it does not fully drop down to its original location, thus its raised just a little higher than it was in the last cycle. Secondly the entire foundation doesn’t drop down evenly, but has high and low areas resulting in the foundation sloping or tilting in some areas or cracking due to the stress from uneven soil support.

Uneven movement (non-uniform movement) can also be caused by differential swelling due to pockets of moist soil next to areas of dry soil. Sprinkler system, planters or landscaping difference may contribute to this. If a home has a tropical landscaping at one end that requires a lot of water and a desert type landscaping at the other end, then the elevation at one end may be an inch or more different than the other end.

Older home usually will have more evidence or damage due to movement than newer homes. Older homes: 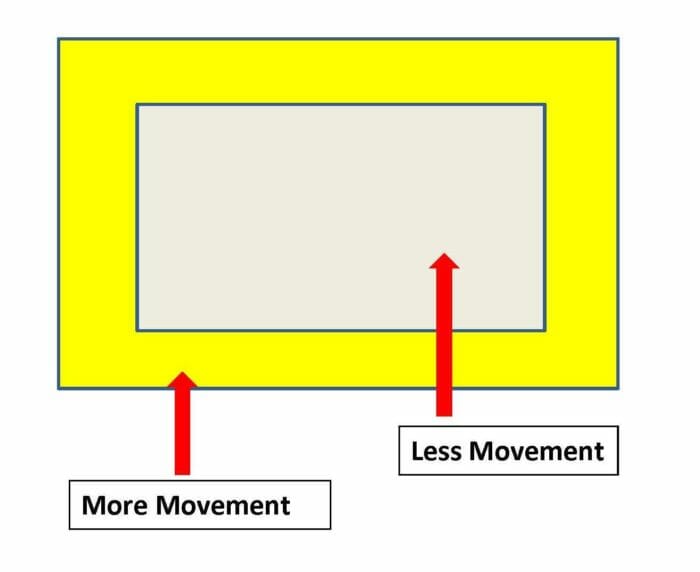 Homes built on concrete slabs generally experience more movement on the first 5 feet or so of the perimeter areas than the more interior areas of the slab. Less moisture penetrates to the interior portions of the slab.

Basement walls will frequently have cracking, which can lead to moisture intrusion through the walls. Expansive soils can damage the walls just as it does footings; therefore keeping moisture away from the house is wise.

There are a number of yellow or red flags that your home may be having issues that relate directly or indirectly to expansive soils.

Note that some of these warning signs may be from other issues than expansive soils.

Homeowners or buyers can avoid or minimize damage from expansive soils through managing the moisture content of the soils.

Avoiding damage – Things that can help

In various areas of Texas or other states that have soils with a very high clay content there are home owners who may have a sprinkler system that is separate from their main sprinkler system that only waters the areas near the homes’ perimeter foundation. They may have .a drip system set 18 to 24 inches out from the foundation set on a timer or even tied into a soil moisture meter that turns on the drip system when the soil moisture drops below a certain point. Other home owners may lay out a soaker hose around their foundation and manually turn it on and off.

The reason for doing this is to keep the moisture content of the soil around the foundation constant, avoiding very dry and wet cycles that create swelling and shrinkage of the soil.

Engineers, inspectors and contractors often bring into a conversation “expansive soils” when discussing soil movement, structural issues, cracking and foundation problems. The reason being is that in construction and in a home’s structural soundness expansive soils can play a major role.

A structural check. Once every year or two take a look around your house, both inside and outside, for evidence of potential issues that may relate to expansive soils. Check for “red or yellow flags,” for they may be early warning signs of future problems.

Be proactive. It is better to do things around the home now that will avoid or reduce future damage resulting from expansive soils.