Igloos – Are they heated, do they have windows and how long does it take to build one?

Home » Unique Homes » Igloos – Are they heated, do they have windows and how long does it take to build one?

There are actually a number of cool things about igloos, other than the temperature. 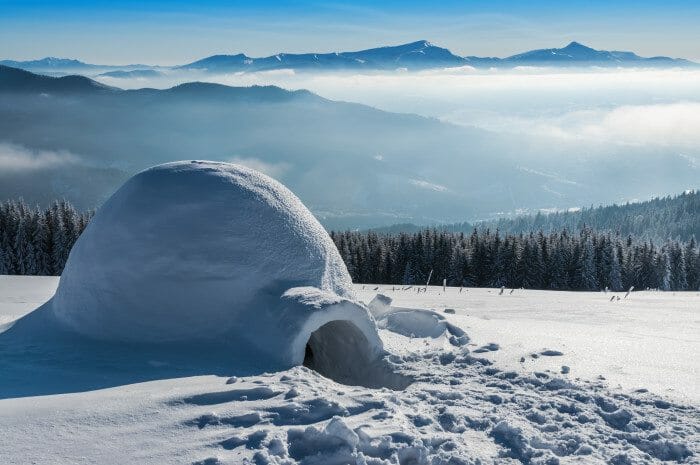 They were often built by hunting parties to survive the extreme cold as well as for shelter in the winter months in small villages. A small igloo can be built by a couple of hunters in 30 minutes to an hour under most circumstances.

Note that these high temperatures cannot be sustained for long periods of time, because the snow will melt. Temperatures inside of  20  to 30 degrees can be held for longer periods. When you consider the outside temperatures and the warm dress of fur and skins, the occupants are reasonably comfortable.

Insulation – Snow Acts As An Insulator

The reason that an igloos inside temperatures are warmer, is that snow acts as an insulator because of the tiny air pockets in the snow. If built of solid ice, igloos would be much colder.

Igloos are not heated in the general sense. They do have various types of heat sources that will furnish heat to a small extent on the interior. 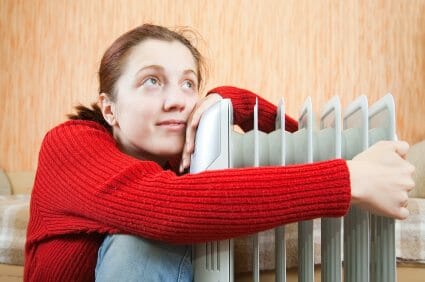 A lamp, which is usually a stone or clay bowl with seal blubber and a lump of moss for a wick, is used for cooking as well as for light and limited heat. A good cooking knife is a half-moon shape piece of slate that had a sharp edge. 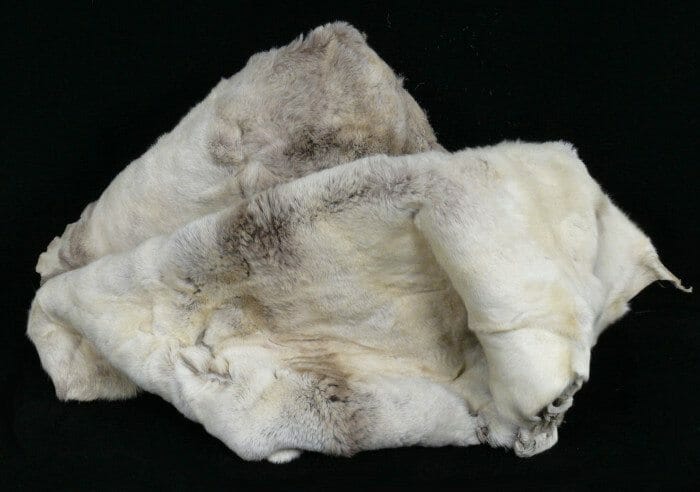 Do Igloos Have Beds ?

Igloos may be just a small temporary shelter for hunting parties to serve as a shelter from the extreme cold. Built by themselves, far away from any other group.

They may also be built in a group like a small village. These villages are usually seasonal, because of the nomadic way of life and the need to move on in hunting season to other areas in search of food. 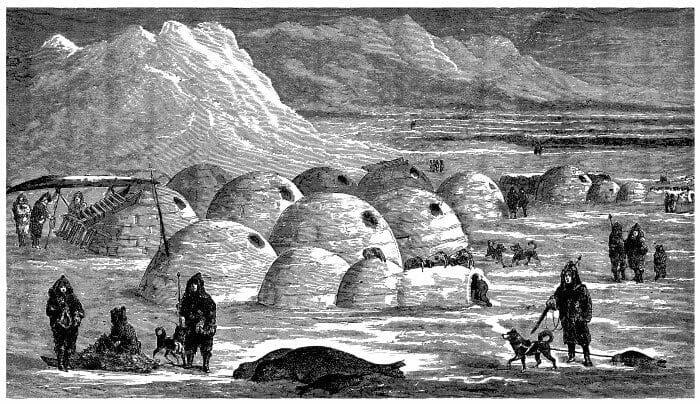 What Would An Ideal “MODEL HOME” Igloo Look Like ?

Naturally a good neighborhood is important. This would be one that has nice snow drifts needed for building the igloo, the snow should not be too wet or heavy and not too powdery.  Another key location requirement is that there be good hunting close by; that one does not have to travel too far for game or fishing.

Having an entry to crawl through on your knees that is comfortable in size. One that may be six to ten feet long and with a right angle in it that will reduce drafts is preferable. Having a nice seal skin flap to hang over the opening is desirable and will help reduce drafts.

This entry tunnel is best if it is built deeper that the igloos’ floor level which helps acts as a cold sink for cold air inside to drop down into, for cold air is heavier than warm air.

Having a split level floor plan is very desirable. This way the sleeping area, will be on the upper level, even if only a couple of feet higher than the lower area. Again, cold air drops down, warm air rises. Therefore the sleeping level will have air that is a little warmer.

Having a window is nice on sunny days. Not all Igloos have windows, but some did. A good window may have a seal skin or Caribou pelt flap on it or others may have a special translucent seal gut to provide light but that will shield the wind. Occasionally a clear block of ice is used as a window. 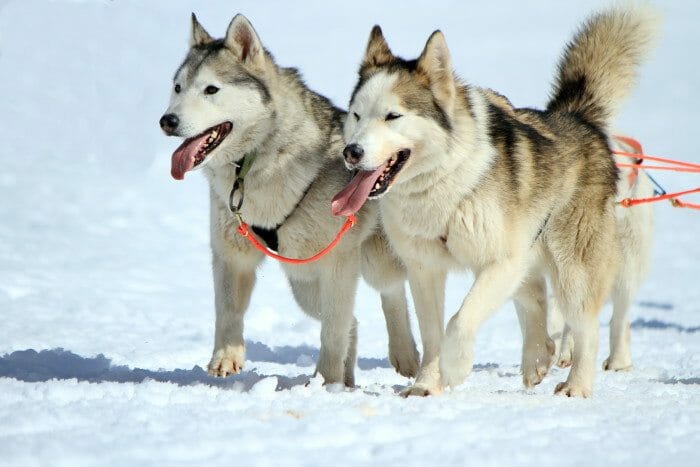 It was not a feature on Igloos; however, the sound of barking dogs will generally announce the arrival of visitors.

2 feet x 4 feet blocks about 8 inches thick. The size of the blocks may vary.

Laid in a circular pattern with the top of each blocked shaved at a slight angle to provide the curved / rounded look of the igloo.

After the blocks are positioned, the interior floor area is dug out, so basically the blocks end up haven been laid around a hole that has been dug several feet deep. This gives more height to the interior. 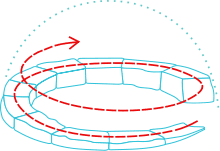 Once constructed, and before occupancy a few igloo builders will light a small candle or oil lamp on the interior and let the heat melt a thin layer of the interior snow. Then the candle is put out and a thin layer of ice forms on the snow blocks inside of the igloo. This provides structural strength to the blocks and is usually strong enough, that a man can stand on top of the igloo without it crushing in.

The floor inside is often terraced, with the upper terrace being for sleeping. The reason for this is that cold air is heavier than warm air, so by having the bed elevated, it would be warmer.

Joints and crevices are filled with loose snow. Basically for sealing purposes.

Tools were often made of various whale bones or from the bones of what they hunted, such as Caribou. In some areas, if they had access to a few trees, then some tools were made of tree branches, etc. One the more prized possessions one could own were a good set of wooden poles that could be used for supporting summer tents. Also, wood was used to build the dog sleds, another prize possession. 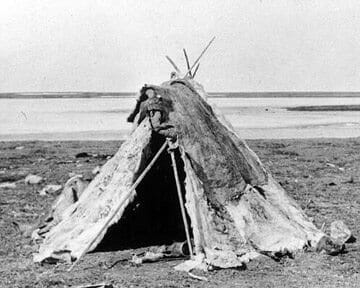 During the summers, the igloos would melt or be abandoned. Then crude tents were often used for shelters. They would have wooden poles and be covered by animal skins.

Igloos helped the Intuits’ and other people to live and survive in very cold climates. Many of our present day construction and energy principles were employed in the building of igloos