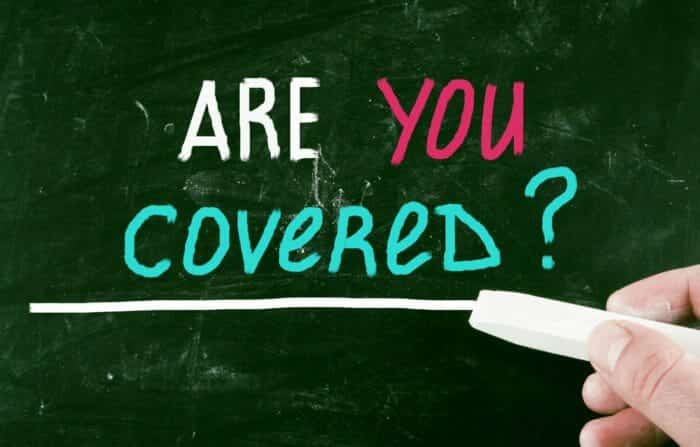 Many homeowners feel that they have adequate or great insurance on their home; often feeling good because they have been told that they have an “all perils” policy. Unfortunately, after paying premiums for many years, they may discover or have a foundation issue and when they make a claim, they learn that they’re not covered for the claim.

A large portion of structural damage to a home is a direct or indirect result of foundation and soil issues.

Now is the time to learn if you have proper coverage for a damaged or shifting foundation because it can be the most serious and expensive issue a home owner faces.

When a foundation moves, many things may happen to a home. ( floors tilt, doors and windows stick or fail to operate properly], rafters and trusses fail, walls and ceilings crack, pipes leak, etc.; basically nearly everything that sits on top of the foundation may be subject to damage.

Cracked and tilting foundations are a common sign of foundation problems. (Read more about cracks and foundation movement)  The reason is often due to soil issues like expansive soils, settlement or the load on the foundation, as well as a host of other causes. Note that insurance can be purchased for a few of the causes, but only a few, therefore preventive measures are very important.

A typical homeowner’s insurance policy will cover specific perils such as fire, wind damage or a busted water pipe in the wall, many of which is considered a “sudden or accidental” event and will have a number of limitations and exclusions on what is covered. If a tree falls onto your roof you may be covered, if the roots of the tree damage the foundation, you’re probably not covered.

It is important to note that the majority of homeowner insurance policies will not cover earth movement, including settlement, earthquakes, landslides, mudflows, erosion, subsidence, slope creep as well as a number of other exclusions; many of which can cause serious damage to a foundation as well as the house sitting on the foundation.

Sudden and accidental events verses ones that take place slowly, often over a period of years

In general a home owner can find insurance coverage for sudden and accidental types of events, such as flood or earthquakes, but not for slow occurring events like settlement and slope creep. Events that take place over long periods of time, especially various types of earth movement can cause as much structural damage to a home as those that happen suddenly.

Four types of foundation damage that you may be able to obtain “special” insurance on:

Special policies, riders and endorsements cover only a few of the causes of foundations damage

There are some perils that a homeowner may be able to obtain insurance on, although they will have limits, exclusions and will be at an additional cost to a home owner. There are some insurance companies that may offer endorsements, riders or stand-alone coverage and at times the insurance may only be available from a different insurance company or a governmental agency.

Homes in areas that have seismic risk, activity or near faults are more likely to suffer foundation damage than homes in other areas. Older homes are more susceptible to damage than newer homes because of building code changes that require newer homes to have shear walls and improved bolting to their foundations.

Homeowners who live in areas subject to seismic activity should become knowledgeable about earthquake damage and earthquake insurance coverage’s. Additionally homes that are older should be reviewed for seismic upgrades; for the home may not be bolted to the foundation or only partially secured. Also, consideration should be given to adding or improving shear walls where needed.  (  Learn what to check for after an earthquake, including your foundation )

Floods can damage or destroy a home’s foundation easily, for the forces of mother nature can be extraordinarily strong and destructive. Floodplains account for approximately 7% of the nation’s land area, and 15% of our urban areas; 39 percent of the U.S. population live in counties subject to significant coastal flooding. Interestingly, approximately 25% of flood claims come from areas that have a minimal flood risk; areas where many people feel that there will never be a flood.

The National Flood Insurance Program (NFIP) recommends homeowners purchase both building and contents coverage in areas at risk. Note, that flood insurance may not cover basement improvements, such as finished walls, floors, ceilings or personal belongings that are kept in a basement. Check with your agent and read more about what is covered in the flood insurance policy that you are considering purchasing.

Sewer backups may cause damage to a home due to sewage and water backing up through the sewer line, drain or sump pit; and contaminated sewage creates a health hazard. If a sewer back-up is caused by a flood, it may not be covered by sewer backup coverage but may be covered by a flood insurance policy.

Sewer back-up coverage usually covers damage to the home, but excludes paying to repair the sewer line if it’s damaged. (note – depends on the policy) If a sump pump fails due to lack of maintenance or a power failure, then the loss due the sump pump failure may not be covered.

If roots block a sewer line and the sewer line was not maintained, then the loss may be excluded from the policy. When it comes to tree roots and what is covered be sure to read your policy and consult your insurance agent, for there may be some things that you think you’re covered for, but really are not.

Note that Sewer Back-up coverage generally will not cover damage to a foundation caused by the sewer leaking and undermining the foundation of a home.

4. Sinkhole and mine subsidence insurance

Home owners may be at risk of soil movement and not even realize it, for the U.S. Geological Survey estimates that 35 to 40% of the U.S. is vulnerable to sinkholes or mine subsidence issues. The risk of homes in these areas usually is not that the home gets swallowed up by the earth as seen in sensational news stores, but that homes may incur cracked driveways, sidewalks and walls, as well as damaged and cracked foundations.

Insurance for sinkholes and mine subsidence is not offered in all states and is a complicated subject. Consulting a qualified insurance agent may help you become more knowledgeable about the risk and available coverage’s.

General NOT covered is foundation damage from:

3. Erosion and under cutting – Generally NOT covered

Water runoff and drainage can erode the soil next and under a foundation, resulting in foundation movement or failure.

Slope creep, sometimes called downhill creep, is the slow movement of soil downhill. It may only be the top three feet of soil moving or it could be a seventy foot thick layer of soil slowly moving downhill. This type of soil movement can slowly damage or destroy a foundation.

Every state has landslides and properties on a slope or even at the top or bottom areas of a slope may have a risk, depending on the steepness of the slope, soil type and moisture content.

These two terms are often defined differently in insurance policies and often end up in litigation when a claim is made. The distinction often deals what may be referred to as a river of liquid and mud running down a slope or a mass of wet soil moving down a slope which may include the term “debris.”

* Some forms of damage may be covered by flood insurance; read policies carefully, consult a qualified agent and at times a qualified geologist.

When water freezes it expands (up to 9% in volume), and likewise soil with water in it expands when it freezes. House foundations in the Continental United States are usually required to be below frost level which may range from a few inches in parts of Florida to depths of six feet in some northern areas of the US.

With freezing temperatures soils near foundations often develop ice lenses which causes soil displacement in an upward direction. This process can raise, shift and damage foundations and is normally an excluded peril in insurance policies.

Tree roots are a common cause of foundation damage. What usually occurs to cause this damage is a process called subsidence, not roots pushing up on a foundation. (What is subsidence)

Claims denied because of “failure to maintain”

In the fine print of an insurance policy there is usually some language that says the insurance company will not pay a claim if the cause of the damage is the result of the home owner failing to maintain certain systems, components or areas of the property itself. Examples: 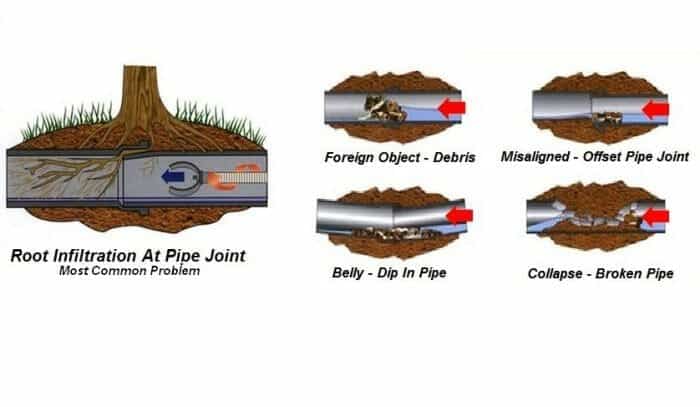 Tree roots invading a sewer: Often a home owner is expected to maintain his sewer line and part of that maintenance includes keeping tree roots out of the sewer lines. If the sewer line becomes damaged because of the roots then the claim may be denied. One way to help avoid this problem is to have the sewer line videoed from time to time as part of your maintenance program. (Read about videoing your sewer line)

Drainage: Should a property owner fail to keep proper drainage around a home and its foundation, then claims for foundation damage due to drainage issues may be rejected.

Basically insurance companies will frequently refuse to pay a claim if the cause of the damage is due to neglect or poor maintenance by the home owner.

Insurance covering structural damage can be very confusing and have many limitations and exclusions. Remember:

Your risk and type of exposures varies greatly depending where you live in the United States and the soils your home rest on. Wise homeowners should check their home periodically for signs of potential structural damage, cracks or foundation issues and be sure that they are not overlooking maintenance type’s items that may cause future damage or denial of an insurance claim.

Reviewing your insurance coverage with a knowledgeable and qualified insurance agent can help reduce costly or catastrophic losses.