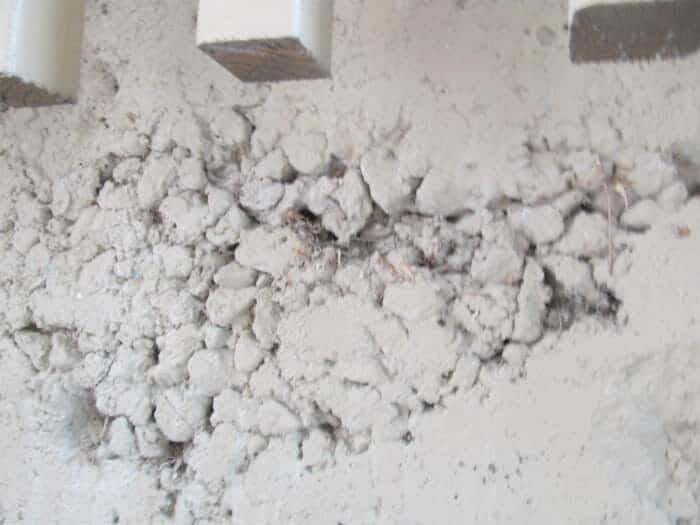 When contractors are pouring concrete for the foundation walls they use forms to pour the concrete into. Once the concrete has set-up and gained strength, they strip the forms away leaving the exposed rock voids .

Occasionally you will see “rock pockets” where there is exposed rock, called aggregate by concrete contractors. When a buyer or home owner sees this, they will often worry that the foundation is defective and not structurally sound; possibly thinking that they’re facing a serious problem. The first question may be what caused this to happen and why didn’t the contractor fix it.

Rock pockets may be caused by a number of things, some examples:

We might think of these rock pockets as  mortar-deficient areas of coarse aggregate and open voids.

The five most common spots that you may see rock pockets are: 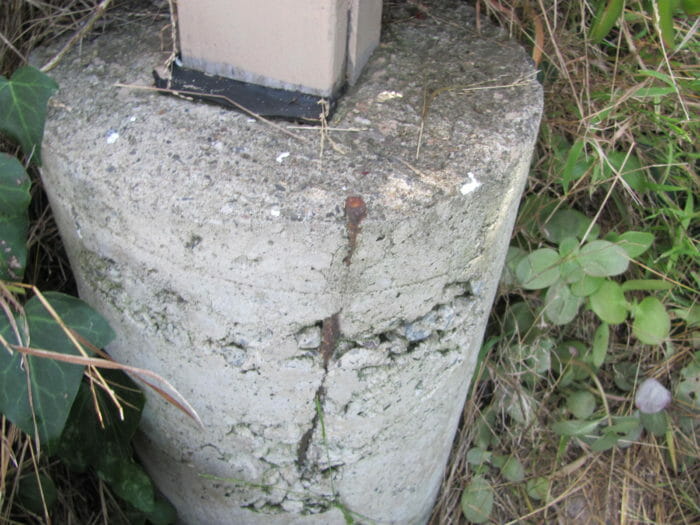 Small areas of rock pockets are usually not much of concern from a structural standpoint and nothing is done about them unless there is an architectural concern.

If there is an architectural concern many contractors will use a concrete slurry type mix of cement, or a manufactured filler mix and trowel it into voids after striping the forms for a more appealing or finished look.

At times there may be more of a concern:

“Rock Pockets” are not pretty but they can actually be a sign that the contractor did not mix too much water into the concrete. In generally, the less water added, the stronger the concrete. Therefore, at times concrete contractors and engineers may consider it’s a good sign or not much of a concern when they see rock pockets unless there excessive or there is rust stains.