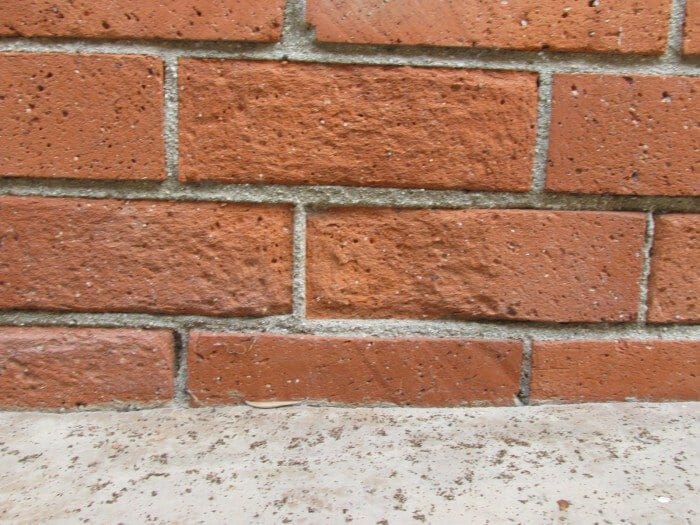 Many fireplaces will develop spalling and deterioration of the brick, where the outer portions of the brick slowly deteriorates or splits off. Maintenance, weather and water often play a crucial role in these types of problems; also fireplaces using salvaged bricks, poorly manufactured brick or a poor grade of brick will more likely experience deterioration and spallaing.

In colder climates where freezing temperatures come and go, brick chimneys take a bigger beating than those in warmer climates. Bricks usually will absorb moisture and when this moisture freezes, it expands; water will expand up to 9 percent in volume when it freezes. This expansion process puts pressure on the surface of the brick resulting in part of the surface flaking off or in deterioration.

When this process is repeated over and over and season after season, the damage builds up. Another issue is  when the brick develops hairline cracks or tiny fractures that are verily visible; water enters these cracks and then more damage occurs.

Sprinkler that continually hit a brick chimney, day after day, week after week may slowly cause deterioration. This type of damage usually occurs only on the lower several feet of the chimney. A couple of times a year check to see if your sprinkler heads need to be redirected of replaced with ones that have a pattern that doesn’t hit the chimney.

Water from poorly designed or leaking gutters and roofs spilling water onto a chimney are often sources for moisture getting to chimneys. 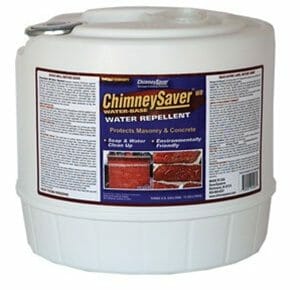 Caution. Sandblasting and pressure washing can weaken a brick’s hardened exterior which can make it more prone to water penetration, therefore extra precaution should be taken so as avoid damaging or weakening the bricks or grout.

Biological growth, fungus and moss. Remove any plants, fungi or moss growing on or between the bricks. These often hold water which leads to deterioration.

Sealing the bricks and grout

Sealing the masonry brick and mortar. Putting a penetrating sealant by brush, roller or sprayer onto the surface of the chimney will help reduce deterioration and spalling, as well as , reducing moisture intrusion into the home from the chimney.

The better maintained the chimney, the less damage. Server spalling and deterioration may need a chimney mason to do repair work on the chimney.

1.If a fireplace panel has a small crack, should I worry?

2. There are 3 levels of fireplace inspections. What are the differences?

3. Rain caps and spark arrestors for fireplaces. When do you need one?

4. Cracks in brick chimneys can be minor or serious. Learn more.

5. Is Soot and Creosote build-up in your fireplace a fire safety issue?

Who to consult? Fireplace contractors and qualified handymen.

Home owners will often do touch-up work and maintenance on their chimney. Fireplace contractors, qualified handymen and brick masons are often skilled at working on chimneys.