Chimney Cracks – Serious or Not 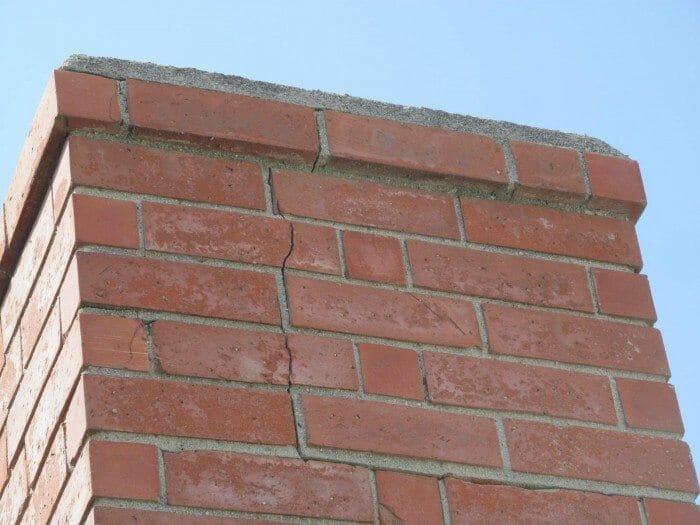 Generally small cracks and mortar deterioration are considered to be a maintenance issue and can easily be repaired. It is a good practice to keep cracks sealed so that moisture does not penetrate into them, especially in cold climates where the water penetrates into a crack and then freezes. This is because when water freezes, it expands and this will cause the brick or stone to spall or to have additional cracks.

Vines growing on chimneys have small roots that will penetrate cracks. This penetration cause the brick or mortar to become damaged and over time can create significant damage. Although people may like the look of vines on a chimney and think that they add charm; in reality the vines may be damaging their chimney.

Movement of pad or footing relating to soils

If the soils under the chimneys pad or foundation has a poor load bearing capacity, is expansive or has settled, then there is a fair chance that cracking of the chimney will occur.

Grout joints and brick require maintenance periodically. Failure to do proper sealing or re-pointing from time to time can contribute to cracking.

Weather in cold climates where there is freezing and thawing is hard on brick and stone fireplaces. Once water migrates into small cracks and freezes, the cracks usually get larger and larger. Keeping cracks properly sealed is an important part of maintaining a fireplace chimney.

In major earthquakes the news channels often have film footage of chimneys that have fallen over; sometimes on cars or onto neighbors property. What they don’t show you is that small trimmers can generate cracks and damage to chimneys, but the chimneys are still standing.

Large hot fires in a fireplace with no liner or a damaged liner may cause cracking. Another source of extreme heat may be from a chimney that has a creosote buildup that catches fire. Heat from grass and tree fires or a house fire can likewise cause cracking.

Tree with large roots systems can crack or damage a pad under the chimney. Large branches that crash against a chimney during a storm can cause damage. Homes with large or high antennas on the chimneys can generate a lot of pressure, especially on tall chimneys during wind storms.

When the area near the chimneys footing allows water to puddle or doesn’t slope away from the chimneys base, then settlement or expansion issues may arise. This may cause the foundation to move and cracking to occur. 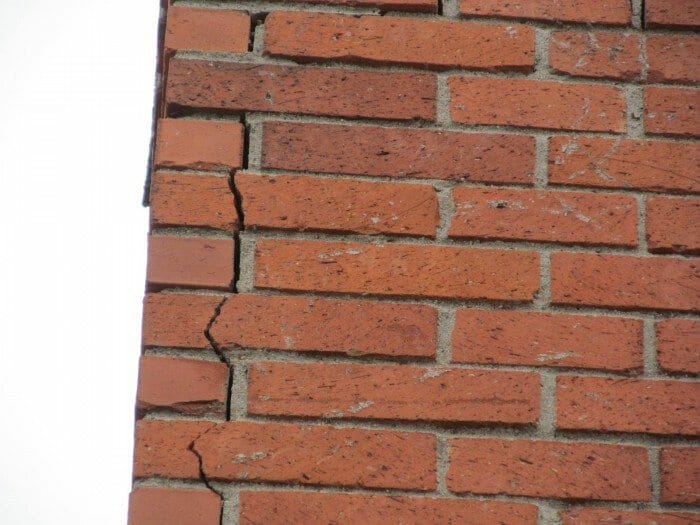 Cracks that appear to be severe should be looked at by a chimney specialist to determine if they are serious or just a maintenance or cosmetic issue.

Ones that are offset, wide or that has smoke stains should especially be reviewed. ( Read about CHIMNEY INSPECTIONS AND INSPECTORS )

Surprisingly, buyers and homeowners, can do two easy things that will greatly help reduce damage to their chimney.

Who to consult? Fireplace contractors and brick and stone masons.

Home owners will often touch-up or seal cracks in their chimney. Fireplace contractors, qualified handymen and brick masons are often skilled at working on chimneys.