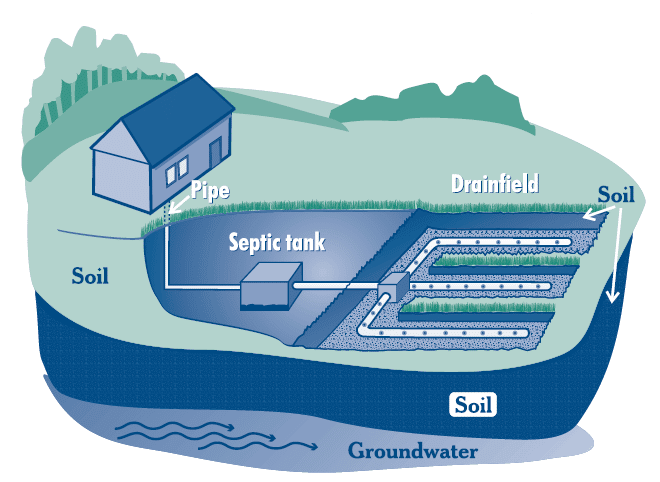 Basically, a septic system breaks down the solids and liquefies them.

Approximately 1 out 4 homes in the US have a septic system. Buyers often assume that Septic Systems are only found in the country areas, however, there are many in city and urban areas as well. As a buyer, ask if the property you’re buying has a septic system.

Have the system checked

Having a septic system inspected can be done rather easily and is not real expensive. Generally the tank will be pumped to remove the floating scum / oil type materials that float and the sludge that gathers in the bottom at the inspection time. Some companies include the leach field as part of their inspection and others will charge an extra fee.  Under normal use a septic tank may need to be pumped every 3 to 5 years and may have a life expectancy of 25 to 30 years. 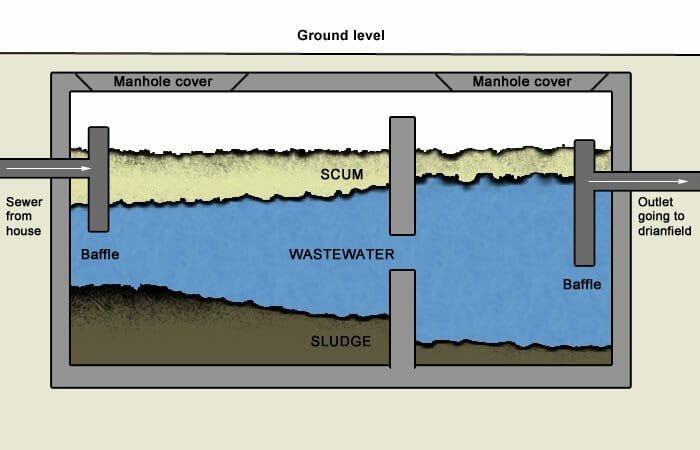 Odors, overly wet septic field, vegetation lushness over the system that’s not throughout the yard, sinks and plumbing fixtures backing up or gurgling.

Do not plant trees over or near the septic system, for the roots may cause damage.

Caution is advised when adding products that are advertised to break down sludge or scum, for they may cause damage to the system.

Avoid putting the following into the system:

Tip: Energy Star wash machines may use 40% to 50% less water; as well as less energy. Remember it is a good household practice not to overload the system by putting too much water through it at one time; space the time between loads throughout the day. The system needs dwell time in the tank. 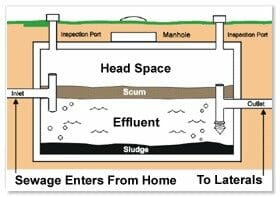 If a tank is too small for the size of the house and use that it gets; or if too much water and waste is discharged into the tank to rapidly, then the life of system will be shortened or the system may fail. The reason is insufficient dwell time.

Dwell time is the amount of time that the waste discharged into the tank takes to run through the tank. It should be about 24 hours or more. Dwell time allows time for solids to drop to the bottom of the tank and for grease, time for the bacterial action to occur, etc. to float to the top area of the tank so the affluent discharge going to the leach lines does not have too much solids or grease in it which can clog the leach lines.

Biggest Cause of Failure

The most common reason for early failure of a septic system is improper maintenance by homeowner. A system that is poorly maintained and not pumped out on a regular basis, sludge (various solid materials) builds up in the septic tank, which then flows into the leach field, clogging it beyond repair.

The second biggest reason for failure is what you put into the system.