Moss on roofs often occurs on shady areas of the roof that do not get a lot of sunshine and is more prevalent in areas with a lot of rainfall or moisture. The smoother the roofing material, the less the chance of moss verses a rough roofing material, which is more prone to the growth of moss.

Moss that is not to well established can sometimes be dry or wet broomed off. More established moss might need to be pressure washed off. Caution should be used when cleaning off moss so that the cleaning person and the roof doesn’t get hurt or damaged. 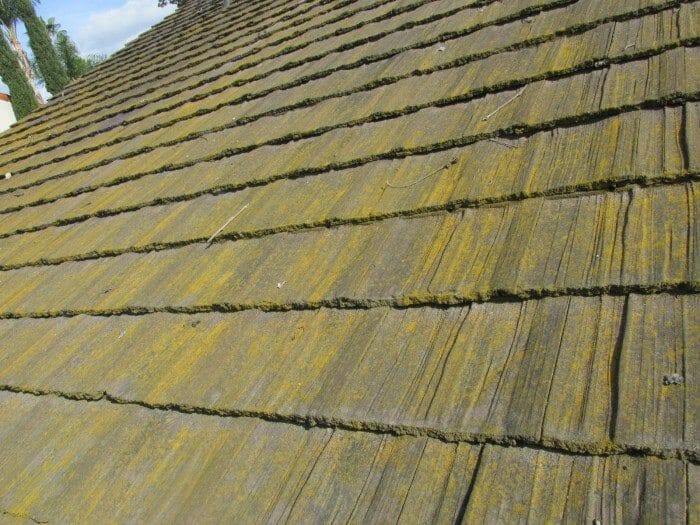 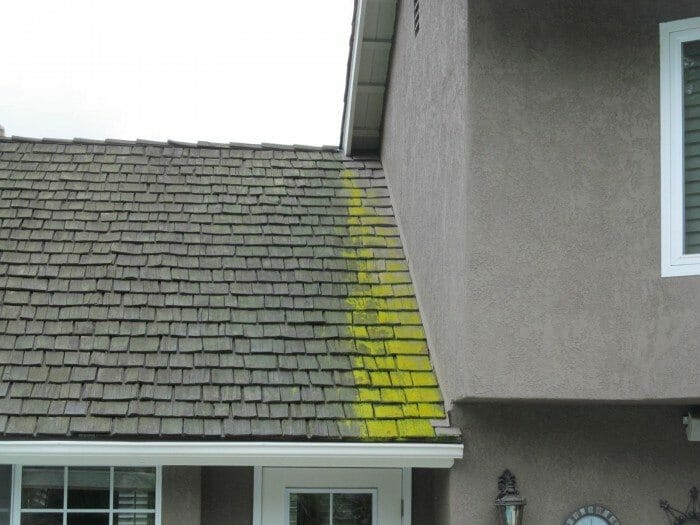 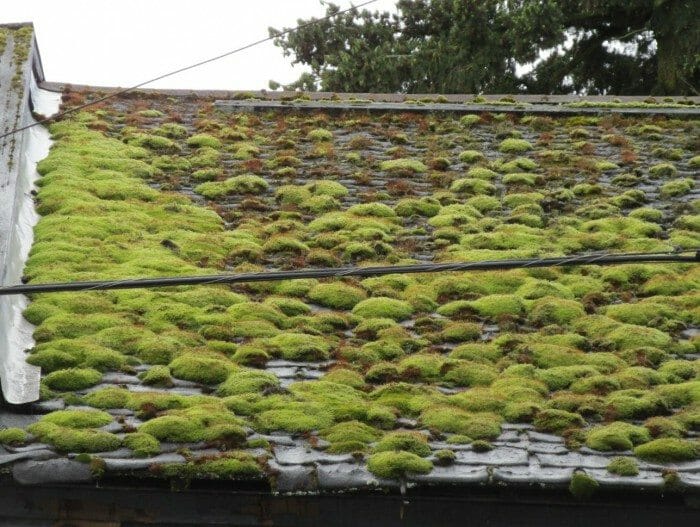 Pesticides are often mixed into the power washing water or used for preventive maintenance. Some of these pesticides are not environmentally friendly, so use caution with them.

Several times a year, it would be prudent to remove tree leaves and needles from the roof. This is so the roof does not capture or hold moisture for long periods of time. Debris and leaves will slow the drying of the roof and will contribute to the build-up of moss.

Home owners often remove moss on their roofs themselves. Handymen and roofers likewise do this type of work. In some areas they have small firms that specialize in cleaning roofs and removing moss.