An electric panel will generally have one or two covers. Panels with two covers have an outer cover (which will open to the side or upwards) and an inner cover, called a “Dead Front”. The dead front cover normally has the slots / knockouts for the breakers to fit into.

It is called a “Dead Front” for a reason

When the “Dead Front” is missing, the wiring, breakers and the bus bar is exposed. This is very dangerous. If a person comes into contact with or touches the live bus bar, a serious shock or injury could occur. Even death. That is how the name “Dead Front” came about.

When the “Dead Front” is missing it is wise to replace it as soon as possible. Also, the main cover should be locked and tagged until the Dead Front is properly in place. A number of manufactures have replacement covers for their panels. 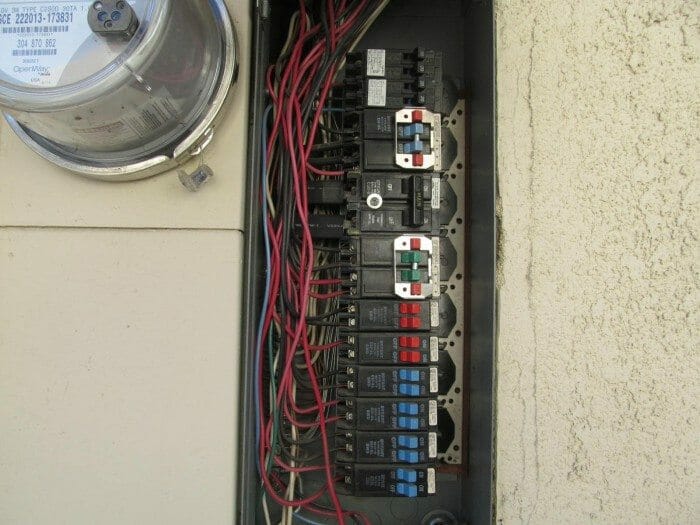 Panels with a “Dead Front” cover may have missing twist outs

Dead front covers have rectangular shaped slots that breakers fit into. If the cover has slots that are open but no breaker in it then pests may enter the panel, or children or others may inadvertently stick a metallic item in the open space. If there are a number of slots open next to one another and a person accidentally sticks a finger or hand into the open space, then shock or even death may occur. (READ MORE ABOUT TWIST OUTS)

Who to consult? An electrician.

Owners may put on a "dead front" cover if there is the proper one laying about; however, they should be very careful for safety sake when doing so. Electricians and qualified handymen are normally very good at doing this task. Note at times, the proper cover may need to be ordered from the manufacturer.