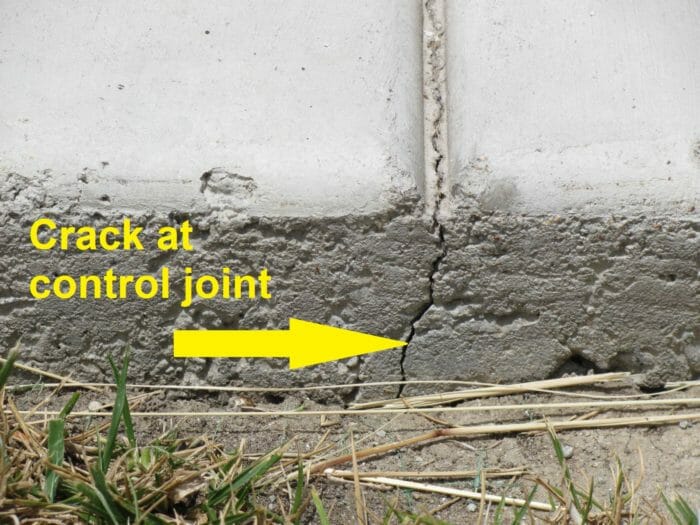 Without the proper type of joints in concrete, it may crack in an unsightly or random manner, causing damage and in a few instances result in trip hazards.

There are basically 3 types of joints: 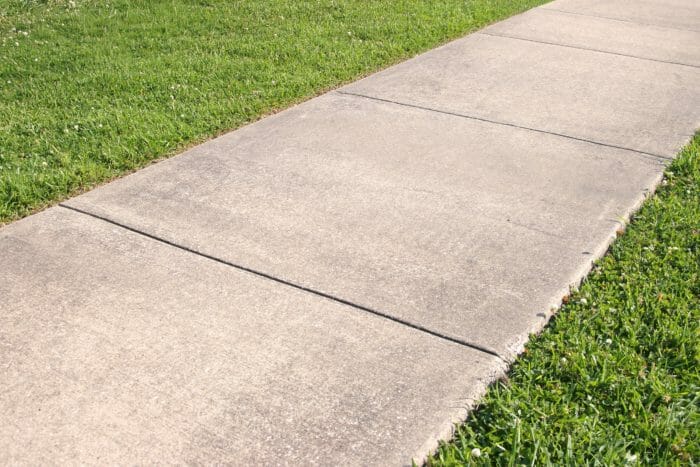 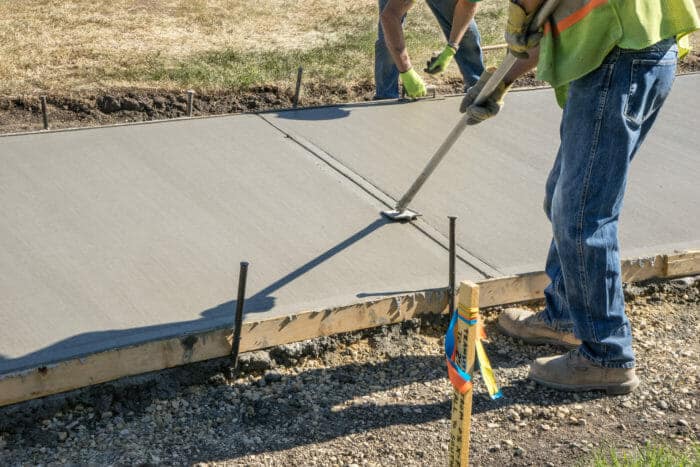 Rather than let these cracks appear just anywhere, for they look ugly, the contractors will weaken a slab in various places. By weakening a slab, it will tend to crack in the weakest areas, which will be where it is the thinnest.  They accomplish this in basically three ways.

When and how are control joints placed

Control joints are generally placed into the concrete during the finishing process or within 24 hours of being poured. 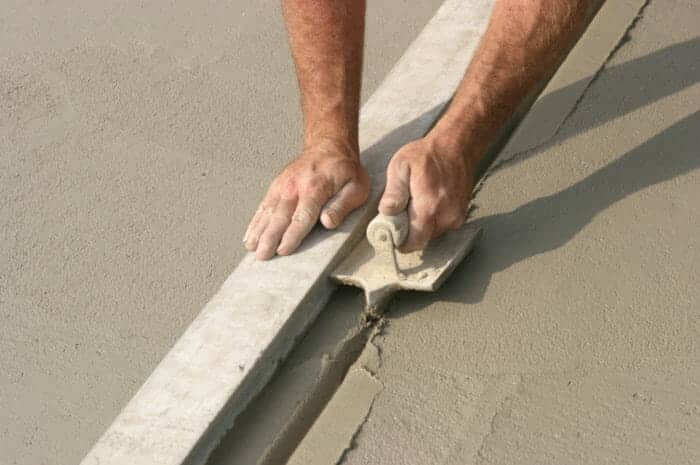 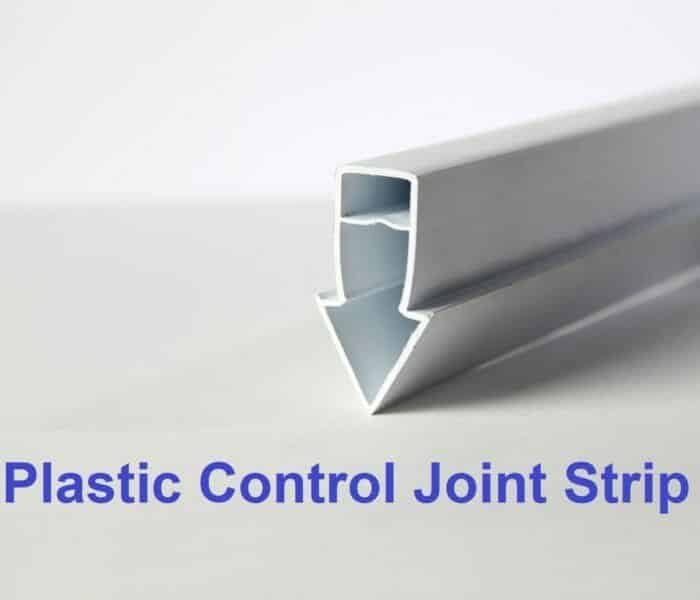 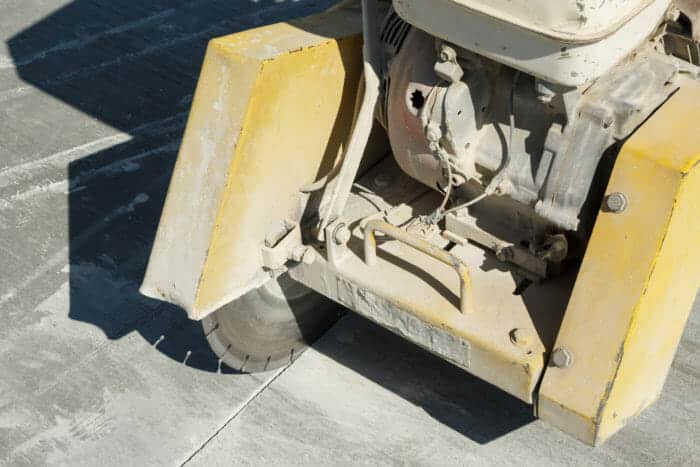 Depth of control joint is important

If a control joint is too shallow, then it will not weaken the concrete sufficiently for it to crack where the control joint was placed. It will often occur near the weakened area or in some other area where it was not desired. (photo shows a control joint that was not cut deep enough, so concrete cracked randomly) 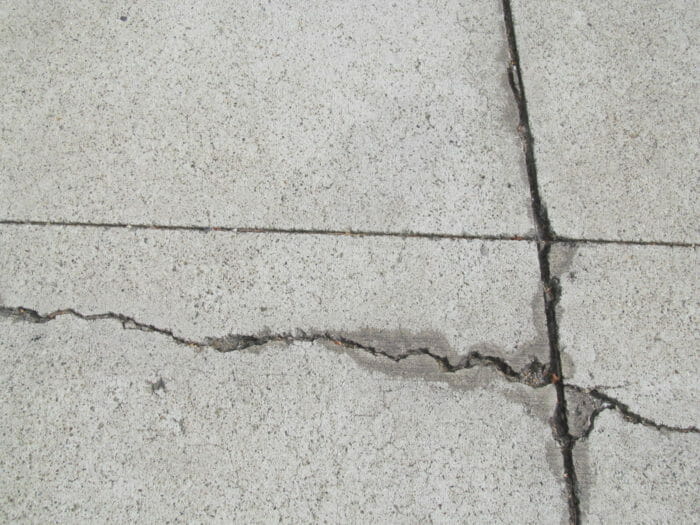 Control joints in concrete slabs, which are poured on grade (on top of the ground), are placed so that the concrete is in a square or rectangle pattern or shape. When in a rectangle shape, the rectangle ratio seldom exceeds a length to width ratio of 1.5 to 1.

The distance between joints is usually between 10 to 15 feet maximum, however, there are times it may be less or more depending on circumstances. They’re a number of contractors that use a rule of thumb to place joints: it’s to place the joints between 24 to 30 times the thickness of the slab. Other factors that may determine the spacing is the reinforcement of the concrete and the engineers’ recommendations.

Expansion joints allows for movement without damage to the concrete

Concrete, like many other materials, expands when heated and shrinks when cooled. A concrete driveway may experience temperature differentials from 20 degrees below zero to above 100 degrees in hot summers. A 100 foot long driveway will expand 5/8 to 3/4 inch with a temperature difference of a hundred degrees.

When soils shift, settle or heaves upward due to soil issues and movement, then areas of concrete sitting on the soils will likewise move.

If two pieces of concrete are against each other and one moves or shifts, then the corner or edge of the concrete may spall or break off. Basically if you have two hard and brittle pieces of material and they rub against one another with force, the edge may crack or come loose. Too prevent the two hard pieces of concrete from directly rubbing against one another; the contractor puts a softer piece of material between the two to prevent direct contact. 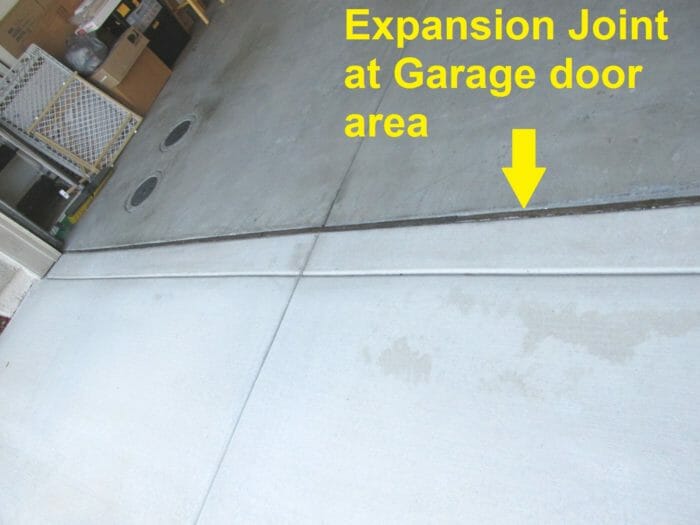 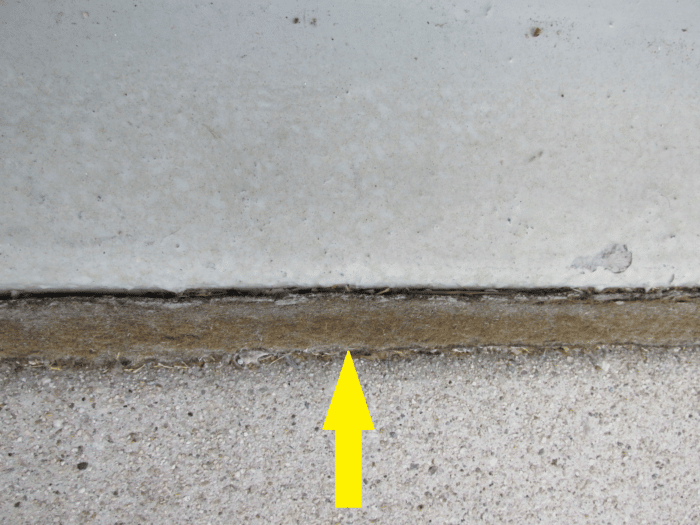 Homes that have a concrete deck against a swimming pools’ copping or bond beam areas may incur a cracked pool body or damaged copping for lack of an expansion joint. Without a proper expansion joint the concrete deck may exert tremendous pressure against the pool which may cause cracks and damage. (Learn about pool deck issues and damaging pools) 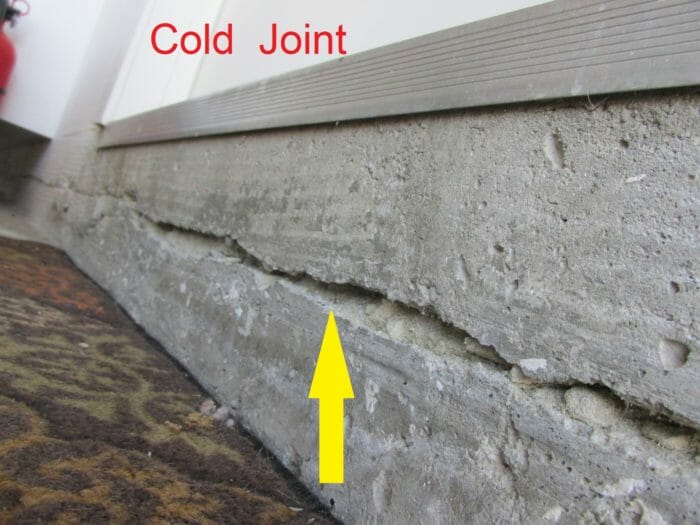 After the second pour sets up and becomes hard, you can see a line which looks like a crack between the two pours. This is called a cold joint and it is a common construction practice intentionally done. It is not an indication of a problem or defective concrete.

If there are not proper control joints placed in a concrete slab, the concrete will often crack randomly, creating and unattractive look and may cause a buyer to be concerned that structural issues exist. Additionally, there are usually a number of places where you may want to keep cracks sealed to prevent water from migrating through the cracks and creating other problems; its much easier to seal a control joint than it is to seal random cracks.

When there are not proper expansion joints, concrete sections that are against other concrete sections may become damaged. Having expansions joints allows concrete to shift a little because of soil movement or temperature changes without damage.

Buyers and homeowners often misjudge a cold joint as a crack, for it does look like a crack to the untrained eye. However, cold joints are normal in construction and generally are nothing to worry about.