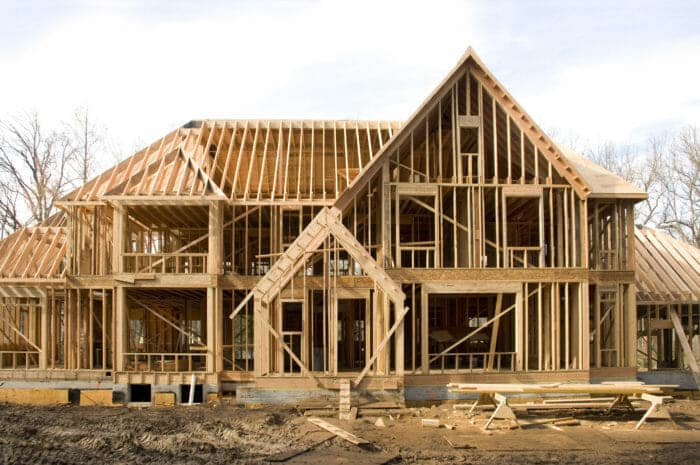 Sloping and sagging floors can be a warning sign of structural issues, fortunately, most slopping floors are not significantly serious, so little is done about them. Should a homeowner notice that the home has other warning signs of possible structural problems then it may be wise to examine the sloping floor concerns further.

If the second story of a home slopes or sags and the first floor is level, then there is a pretty good chance that the cause doesn’t relate to foundation problems but to other issues. Often the reason for the second-floor sloping relates to framing issues, poor engineering, past remodeling, water damage or pest issues like termites.

When first diagnosing un-level second floors, it is a good idea to first measure how much they slope or sag. This will help in determing the seriousness (Read about 5 ways of measuring sloping floors)

Secondly, they do the work without a permit and may undersize a header or fail to have an engineer determine structurally what should be done when they remove a section of wall to open up the rooms more. At times a wall is moved (rather than removed) several feet in one direction or another; this may create an over load on the second-floor framing, floor joists or trusses.

Support post on the first floor removed or moved

Should a supporting horizontal beam carrying the second floor (or portion of) be cracked or damaged, then it may sag or drop down a little and the second floor that rest on the beam will drop or sag as well.

Deflection is the natural bending of a piece of wood, i.e. a floor joist or a beam over time. A span of 12 to 16 feet may have a natural deflection of a 1/2 inch over a period of years; which generally would not be considered a defect but just a natural process.

Over time, usually years, a floor joist and supporting beams will develop a slight sag or deflection. Should the defection extend noticeably past the norm, then there would be a basis of concern.

Under sizing or over spacing

Under sizing of floor joists, supporting beams or posts can lead to sloping floors. This is more likely to occur if there was modifications or remodeling done without the proper permits. Another problem that occurs is the spacing of floor joists or trusses too far apart for the load that they’re caring.

Water damage from storms, plumbing leaks or roof leaks, especially over time may create wood rot, damage and deterioration. Pests, such as termites, also causes wood deterioration and can weaken the strongest of beams, post and joist, creating sagging and sloping floors.

If a home has been remodeled, workmen often cut, notch and drill beams, post and framing members. If this is done improperly it may weaken structural framing members significantly. Plumbers, electricians and HVAC contractors are always cutting, sawing and notching structural members which if overdone may weaken them. Anytime when seeking why a floor slopes or sags, do not rule out remodeling causes.

If the second-floor slopes or sags

In the broad overall view, if the second floor has sloping issues, they may relate to the failure of good maintenance or remodeling projects and are normally more easily corrected than foundation problems.